Progress of the beatification of Alphons Ariëns (2015 May)

The progress in the beatification process of Alphons Ariëns were as follows. 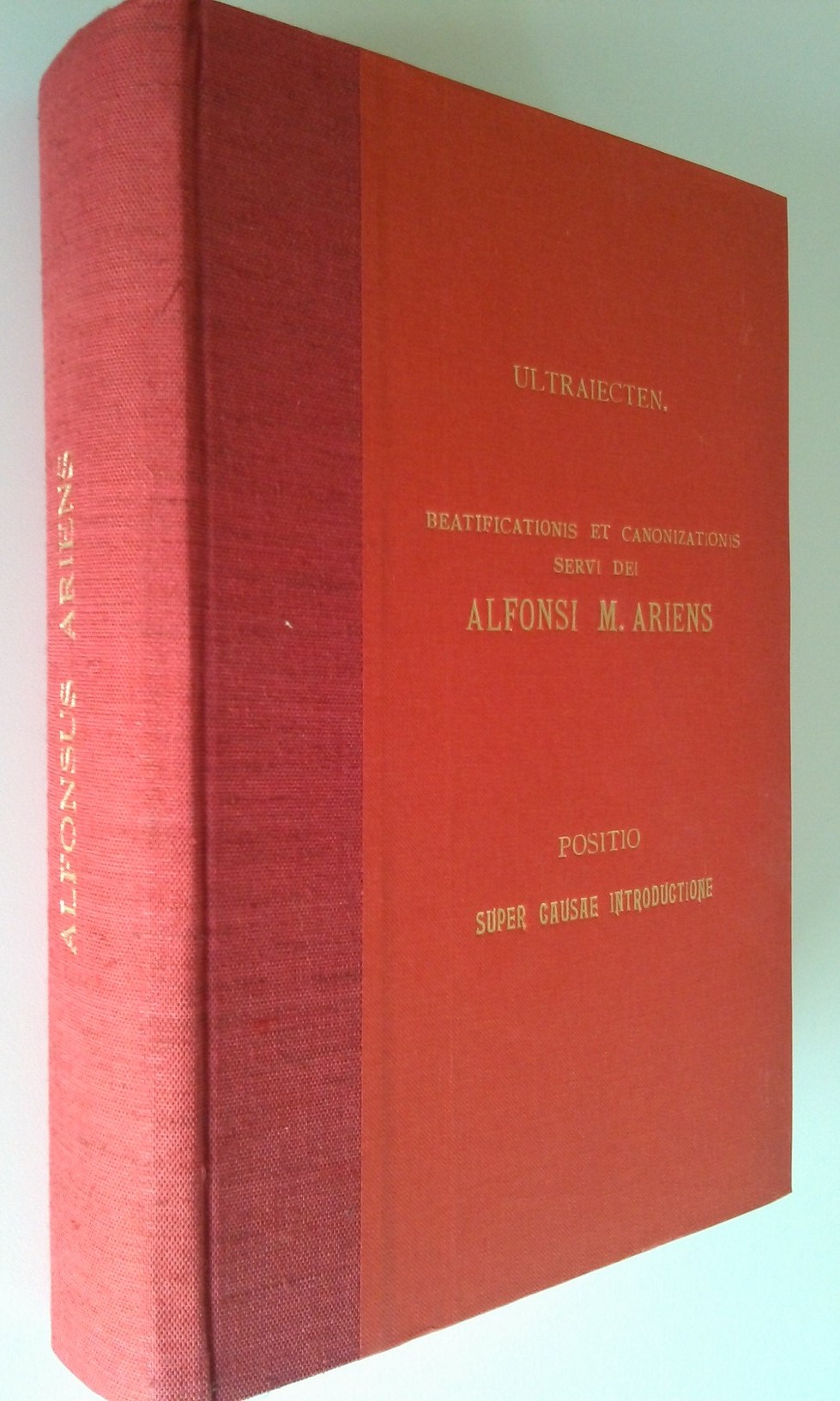 In 1965, the diocesan beatification process, which was started in 1958, in a solemn session of the ecclesiastical court in the parish clerk to Maarssen officially closed. After that worked on the translation of the dossier in order to submit it to the then Congregation of Rites in Rome.

We are at the beginning of the eighties presented the Positio super Causa introductione with all the attachments from the arch-diocesan file ..

There is response came back: we still lack a firm Vita Documentata about Alphons Ariëns.

After that, at the request of the Congregation for the Causes of Saint Statements in Rome a new arch-diocesan Tribunal fama sanctitatis obliged to prove that there is still a living devotion around Alphons Ariëns. The Tribunal was opened in 2005 and closed in 2007.

In 2013, we in the beatification process a new postulator Dr. Waldery Hilgeman been appointed as vice postulator continues Drs. Henri ten Have in office. Dr. Waldery Hilgeman has told us that the Causa Alphons Ariëns must comply with new rules concerning the submission of Positio, which date from the mid-eighties and put in again in 2012 by the Congregation in a row. The main elements of the positiones Index is a summary of all the witnesses, a Vita Documentata of the Servant of God and a summary of all documents.

As Ariëns-Committee we have with this renewed criteria still three major steps in the beatification process:

Finally, everything has to be summarized and the documentary phase is completed. Meanwhile, it remains important that the intercession of prayer or to Alphons Ariëns a special event takes place, which can be considered after careful research as a fulfillment or miracle. Such an event can not be controlled with documentation. We can pray there.